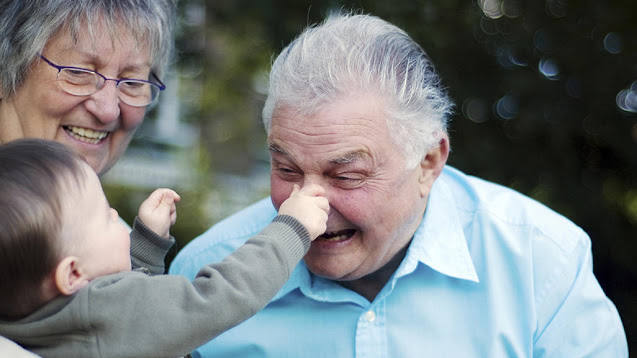 The death of Queen Elizabeth II is one of the most significant historical events that most of us will experience in our lifetimes. Commentators have spoken about her Majesty having been a constant, consistent figurehead since her accession to the throne in 1952 – regardless of any upheaval, turmoil and change in the UK and beyond, the Queen was there, with her handbag, her hat and her quiet, stoic stature and manner. While this is how she was seen by the world, to a small group of people she was much more than that. She was their mother, their granny, the matriarch of their family unit with, until last year, the Duke of Edinburgh always by her side. We are hearing more stories about arguably the most important roles in their lives – the fun, adventure and love they gave as Granny and Grampa.

I think that’s one of the reasons that her Majesty’s death has touched people in a way they didn’t actually expect – her passing has invoked memories of the loss of our own family members. I’ve been thinking very much about my grandparents, who were colossal figures in my childhood. Growing up in rural Scotland in the 1980’s, formal early learning and childcare was few and far between. I’ve written before about how important going to playgroup was at this time in my life, but it’s only now when reflecting about my wonderful grandparents that I realise just how much of a positive early years’ experience they gave me.

As the only grandchild living in Scotland on both sides, I was, quite frankly, utterly spoiled by them all when it came to time, affection, and love. They were my educators and my carers in the earliest years of my life. I was surrounded by books and games and spent a lot of time outdoors – I learned about plants from my Granny Kettles, the very definition of straight-talking, who was a keen gardener and who brought me in as an accomplice from an early age as she snipped illicit cuttings from plants when we were out. My Grandad Kettles, the cleverest man I have ever known, used to take me for walks (usually followed by an ice cream cone) where he would make up stories about his friend, the giant, who lived in the Angus glens, and whom he visited when hillwalking. He taught me about World War 2, where he had served as a young soldier in the bloody fields of France. I remember how early my Granny Easton used to wake up, the way we would cosy up on the couch when I wandered downstairs full of sleep, and how she would teach me to make the likes of soup or mince and tatties for my postie Grampa coming home from his shift. He was my hero – he took me to the football, pointed out every house he’d had a hand in building while he was a bricklayer, picked me up from school and was, generally, my big, best pal. Having them there meant my mum could go back to work a few years after she’d had me, but more than that, I was able to develop a bond with each of them which I am very fortunate to have carried (mostly) into adulthood.

I also see how the relationships that my children have with my mum and mother-in-law, who devote time and love into each of my boys in ways that have shaped them into the people they are today. Both of my children have been fortunate to have amazing, enriching early years experiences within formal settings, however this has been absolutely enhanced by the care and devotion shown by their Nana and their Gran.

We must never underestimate just how much of a positive influence intergenerational experiences have within children’s lives. Learning from – and, let’s face it, teaching – older family members is a really important part of early childhood development, and is an ethos that Early Years Scotland is utterly committed to. We understand that this is not possible within all families, for a variety of reasons, but where these relationships can be fostered, they absolutely should be.

So while the nation, and indeed the world, reflects on the life and times of Queen Elizabeth, I am thinking about the figureheads in my life, and would encourage you to do the same.

This blog is dedicated to Georgina, Duncan, Margaret and Les.